THE BIBLE AND THE WELFARE STATE… 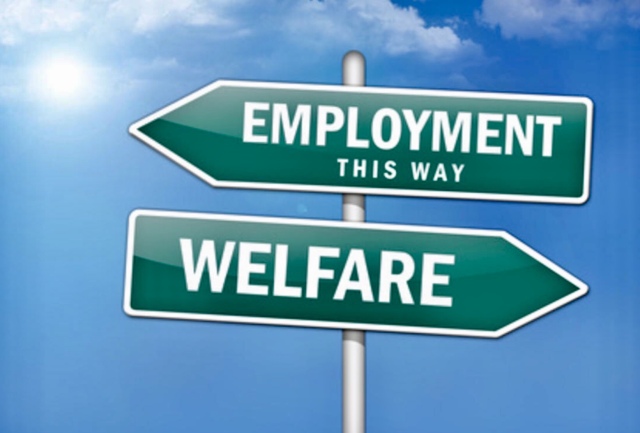 II THESSALONIANS 3:10-13: “In fact, when we were with you, this is what we commanded you: “If anyone isn’t willing to work, he should not eat.” For we hear that there are some among you who are idle. They are not busy but busybodies. Now we command and exhort such people by the Lord Jesus Christ to work quietly and provide for themselves. But as for you, brothers and sisters, do not grow weary in doing good.” CSB

OBSERVATION: What does the Bible have to say about the welfare state? What is welfare? Is it the support of the poor, or is it the dehumanizing of an element of our society? What should the qualifications for welfare be? These are questions that are worthy to be considered from this text.

Welfare, defined, is the health, happiness, and well being of an individual or people. Socially, it has come to refer to government programs that help the poor with the support they need to provide the basic human needs for their family. This is an admirable goal, one the Scriptures support, and a practice that was modeled by the early church.

Welfare was directed toward those in need. It was never meant to be the sole support of an individual, unless that individual was unable to work. Yet, just as in today’s society, people began to take advantage of the care and support of the church. Paul addresses those who were simply living off the efforts of others, even though they were physically able to work. His words seem a bit harsh, but in reality they were words of wisdom and love.

Why would Paul make such a bold statement? Didn’t he care about those who were in need? Paul absolutely cared about those in need. Yet, he cared enough to call out those who were abusing the church’s provision for the poor. And, as a society, we should be bold enough to do this to those who are abusing and living off the welfare state. Should we do this just to put them in their place, or is it for their own benefit? It is for their benefit, and the benefit of the whole of society.

Paul points out that those who abuse welfare, who are physically and emotionally able to work, actually rob themselves and others.

Paul knew something that we have forgotten in our society. The abuse of welfare hinders the productivity of the society as a whole, and it robs the individual of the dignity of human worth that is found in work. When one of able body and mind rides on the coattails of another, they hinder the productivity of the one working. Work is not part of the curse of sin – it is the gift of God. And, God wants everyone to be productive and fulfilled through their work!

Purposeful and fulfilling work was part of God’s creative order. Mankind was created to manage the earth. He was called to plant and till the earth, to bring forth crops through his labor, and to live from his toil. There is a dignity that only work can bring to the human soul. When we allow this to be taken away we dehumanize an individual and rob them of their worth. Yet, many might object – “What about the poor?”

Paul does not forget the poor in his admonition of the church in Thessalonica. He goes on to say,

Our hearts, and the heart of any society, should be open to doing good and helping the truly poor among us. Those who are disabled, both physically and emotionally unable to work, should be cared for and supported. Yet, this support should never become a system whereby people are able to abuse the care of others in order to avoid their own participation in society.

As we move into another presidential election cycle, it is important to listen to what the candidates are proposing. Promises of “free stuff” are simply empty promises. They are simply taking from those who are willing and able to work and giving to those who are not. This will not better our society, it will ultimately harm it. And most importantly, it will rob the individual from discovering and employing their God given calling and gift of work.

A society that works is a society that is productive and generous. It is able to grow and support the weakest among them. And, it does not rob the able bodied individual of their true worth and dignity by allowing them to live off the support of others. It gives them a pathway to become a productive member of society and enjoy the fruit of a good days work.

Lord, help us to become this society.

Kirk L. Zehnder is the Founder of Resurrection Christian Outreach. RCO is a ministry that promotes the growth and vitality of the local church through speaking engagements, seminars, various media tools, and written curriculum and books. This ministry was started over 35 years ago by Kirk as a means to strengthen the church that he was pastoring. It grew as Kirk began to share these tools with other churches. Today many of the materials are being used by local churches both nationally and internationally. Kirk's Devotional Journal is a result of struggling with Bible reading programs that never seemed to work. Kirk feels the Lord helped him discover an easy-to-follow program to Read, Reflect, Pray, and Journal through the Bible in one year. This program is called L.I.F.E. Unlike other programs there are no dates to follow. You can miss a day and still complete your reading. You never feel like the dates and verses you missed are chasing you. You are free to enjoy your daily Biblical journey and listen to the voice of The Lord. For more information on the L.I.F.E. plan, send an email to rcoutreach@aol.com. Kirk is also available for speaking engagements, seminars, and retreats. With over 40 years of professional business and pastoral ministry experience, Kirk brings a unique combination of practical wisdom, humor, and Biblical insight. If you would like Kirk to speak at your church, school, or ministry, please send an email to rcoutreach@aol.com and we will get back to you as soon as possible to discuss your opportunity.
View all posts by Kirk's Devotional Journal →
This entry was posted in II Thessalonians. Bookmark the permalink.