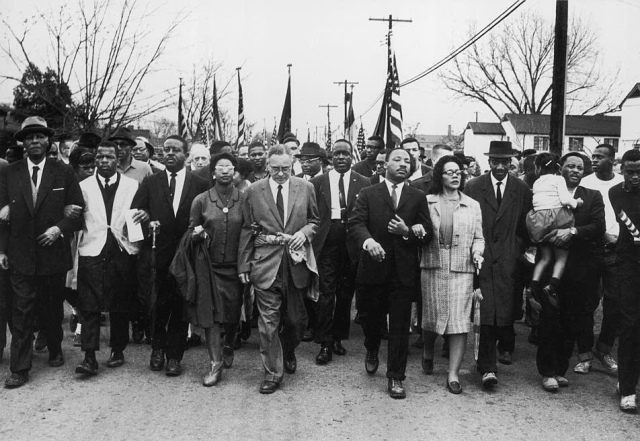 ACTS 5:29-32: “Peter and the emissaries replied, “We must obey God rather than men. The God of our fathers raised up Yeshua, whom you seized and had crucified. This One God exalted at His right hand as Leader and Savior, to give repentance to Israel and removal of sins. And we are witnesses of these events—as is the Ruach ha-Kodesh, whom God has given to those who obey Him.” TLV

OBSERVATION: When is it acceptable for the believer in Jesus Christ to exercise civil disobedience? There is a tension in the Scriptures between obeying those who rule over us, who are God’s ordained ministers (Romans 13), and obeying the call to proclaim the Gospel of Jesus Christ to all nations. In Acts 5 Peter and the Apostles were faced with this choice, and they chose civil disobedience.

What is civil disobedience?

This exercise is not uncommon in our history. Yet, the disciples were not trying to obtain concessions from the High Priest. In fact, they were willing to go to their death in order to obey the higher command of Jesus Christ.

Yet, it is important to note that in their acts of civil disobedience they were not breaking any laws, nor were they destroying any property. They were not gathering unlawfully, they were not causing any danger to those in their midst, and they were not showing disrespect to those in authority over them. They were doing what every Jew was lawfully allowed to do, gather at the Temple and talk about the wonderful works of God. The only difference was they were proclaiming the risen Christ and the resurrection of the dead.

When they refused to obey the commands of the High Priest they did not organize a protest of angry mobs to fight and injure others. Nor did they destroy any property in and around the Temple. They simply went back to the Temple and began proclaiming the risen Christ and the resurrection from the dead. It was for this they were imprisoned. They were not guilty of any other infraction. And when they were miraculously released by an angel, found preaching in the Temple again, interrogated and whipped by the Council, what did they do? They went forth rejoicing and continued proclaiming the Gospel of Jesus Christ!

It is important to note that the disciples civil obedience did not look like much of the so called civil disobedience you see today. There were no clubs, no fires, no destruction of property, no injurious actions. They were simply doing what God called them to do in a peaceful way, willing to pay the penalty for their faithfulness, without resistance, even unto death.

I believe that Martin Luther King must have taken a page from the disciples playbook. He, like others throughout history, have shown the impact that non-violent proclamations of the truth can make in the life of an individual and an entire society.

In this day of civil and social unrest I think it is advantageous to once again dust off these pages and understand what true Biblical Civil Disobedience looks like!

Kirk L. Zehnder is the Founder of Resurrection Christian Outreach. RCO is a ministry that promotes the growth and vitality of the local church through speaking engagements, seminars, various media tools, and written curriculum and books. This ministry was started over 35 years ago by Kirk as a means to strengthen the church that he was pastoring. It grew as Kirk began to share these tools with other churches. Today many of the materials are being used by local churches both nationally and internationally. Kirk's Devotional Journal is a result of struggling with Bible reading programs that never seemed to work. Kirk feels the Lord helped him discover an easy-to-follow program to Read, Reflect, Pray, and Journal through the Bible in one year. This program is called L.I.F.E. Unlike other programs there are no dates to follow. You can miss a day and still complete your reading. You never feel like the dates and verses you missed are chasing you. You are free to enjoy your daily Biblical journey and listen to the voice of The Lord. For more information on the L.I.F.E. plan, send an email to rcoutreach@aol.com. Kirk is also available for speaking engagements, seminars, and retreats. With over 40 years of professional business and pastoral ministry experience, Kirk brings a unique combination of practical wisdom, humor, and Biblical insight. If you would like Kirk to speak at your church, school, or ministry, please send an email to rcoutreach@aol.com and we will get back to you as soon as possible to discuss your opportunity.
View all posts by Kirk's Devotional Journal →
This entry was posted in Acts. Bookmark the permalink.